Wigs and Other Stuff - A Report by Apprentice Brimage 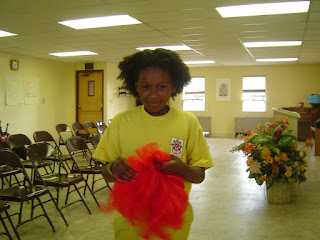 This is Apprentice Brimage. She took most of the pictures in this post. She did not take this picture because her arms are not that long and I have not figured out how to use the timer on the camera. She probably knows how to use the times but I did not think of that at the time. Her great uncle was Albert Einstein. 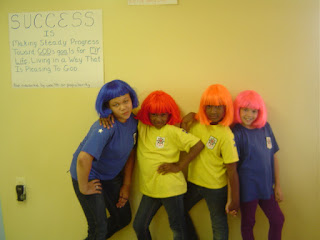 We have some wigs given to us by a couple of the clowns from the local COIA Alley. I am not sure they want to be publically linked with this crew so I will not share their names. I imagine they have carears to think about. from left to right is Sergeant Thurman, Apprentice Brimage and Sergeant Wilson. The two Brimages are related. The blue shirt are Junior Clowns the rank above Apprentice. We just figured out at the meeting the second Apprentice Brimage should have been promoted to Junior Clown six months ago. 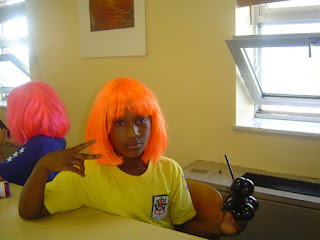 This is the Apprentice Brimage that should have been promoted. So imagine that she has a blue shirt. She is very patient. By the way the patient is an inside joke thing. 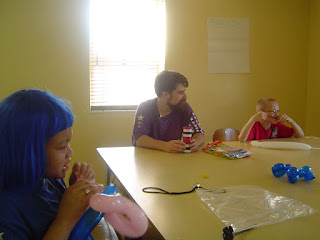 
Well goodnight from the Steel City Clown Brigade. Thank you to the COAI folks and Apprentice Brimage for taking these pictures.
Posted by Z at 12:07 AM